This is an annotated bibliography of materials for studying the CCAS delegations' trips to China in 1971 and 1972.

The Committee of Concerned Asian Scholars (CCAS) was founded in March 1969 by faculty and graduate students opposed to the Vietnam War and later became a strong supporter of the re-establishment of U.S.-China relations in the 1970s. The 1971 CCAS delegation was the first group of Asian specialists to travel to mainland China after the founding of the People’s Republic of China (PRC) in 1949. The 1972 delegation’s visit came shortly after President Nixon’s historic trip. Both groups traveled throughout the country engaging in conversation with workers, farmers, students, government officials, and soldiers hoping to grasp the most current state of work and life in China.  Delegates took photos of places and people from a great variety of angles, providing a lens through which to understand a young China and its people in the early 1970s.  An impressive range of social phenomena, living conditions, and human behavior in the midst of the Cultural Revolution was captured with the cameras and pens of the American visitors. Their experiences managed to encompass important events, such as the unfolding of the rapprochement of China-U.S. relations and the rebuilding of Beijing University after a period of turbulence from 1966 to 1968. The highlight of their China experiences were their four-hour long meetings with Premier Zhou Enlai at the Great Hall of People. The delegates also witnessed the impact of countless political movements that began during the Cultural Revolution: the big character posters, propaganda arts, model theatrical performances, sent-down youth, and the proliferation of acupuncture therapy, model communes, and many others.

UC San Diego's CCAS Friendship Delegations' Digital Collection currently consists of two sub-collections featuring images contributed by Prof. Paul Pickowicz and Prof. William Joseph.  Additional images will be added to the collection throughout the year, including a third sub-collection of images from Prof. Stephen MacKinnon, another 1972 delegate. UC San Diego Library is endeavoring to collect more images and memorabilia from other delegates of these two trips. Contact Xi Chen (xic031@ucsd.edu), the Chinese Studies Librarian at UC San Diego if you would like to contribute to this project. 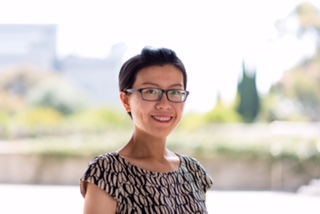