How to be an Ally page

Use this page as a starting place to teach yourself what it means to be an ally, and to begin building a sustained practice of allyship.

Rule #1 Don't Ask Others to Educate You

Getting Started: Guides and Learning Communities 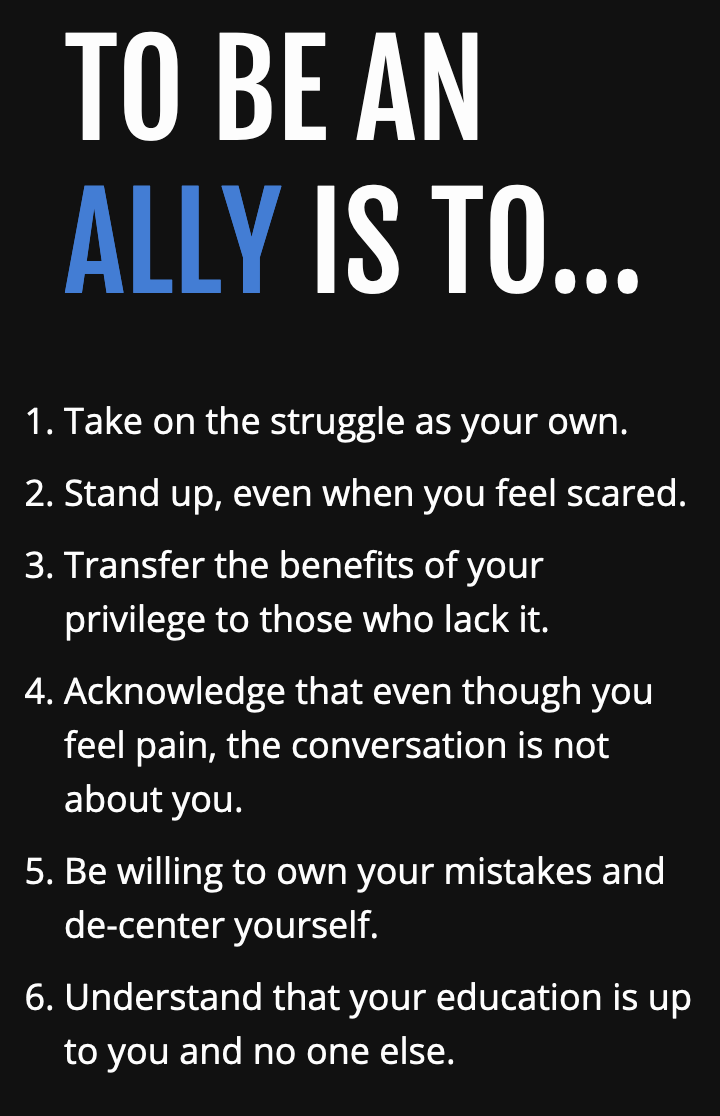 Read this: Guide to Allyship. An open source starter guide to help you become a less performative and more effective ally. It is provided as a shareable (open source) resource for you to use, meaning that anyone can contribute.

For information on supporting the creators and contributing resources, see this page.

See the Research Guides section on the Anti-Racism Curricula, Syllabi, and Pedagogy: Teach page for resources for students and faculty in higher education. The guides on this page are intended to support actionable allyship.

LEAD Fellows support and advance UC San Diego’s Strategic Plan goal of “Cultivating a diverse and inclusive university community that encourages respectful open dialogue, and challenges itself to take bold actions that will ensure learning is accessible and affordable for all.” Fellows receive extensive training to facilitate conversations, provide leadership, and to promote diversity and excellence across campus.

General Readings: useful for those beginning, or continuing to learn - for topical connections, see the Systemic Racism page